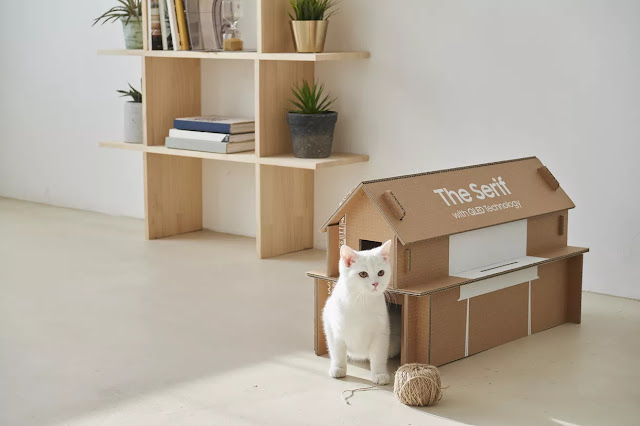 TVs are large items, and they come with a heck of a lot of packaging. Wouldn’t it be nice if you could use that packaging for something such as, I don’t know, a cat house? Also, I suppose, bins for books or DVDs or whatever. But mostly a cat house. Look at that cat house!

Samsung has announced that its Lifestyle TVs will now come with what it’s calling “eco-packaging” as part of an initiative to reduce its environmental footprint. Those TVs include The Serif (the one with a shelf on it), The Frame (the one that looks like a big picture frame), and The Sero (the one that rotates).

The idea is that once you’ve assembled your TV, you can use the box to create other household items. (For example, a cat house.) The packaging is made from corrugated cardboard, and it sports a dot-matrix design to guide your cutting and folding. It also ships with an assembly guide. 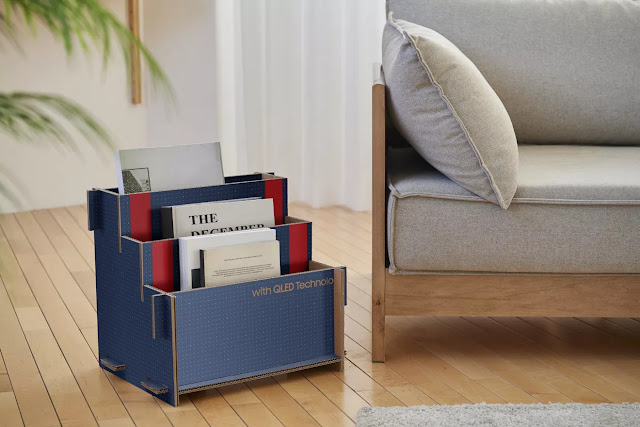 As you can see above, the furnishings Samsung has created don’t look half bad. If I tried to make them, they would probably look like a primary schoolers art assignment. But if you, unlike me, have competent motor skills and some amount of artistic sensibility, it could be a fun rainy-day project.

That said, the fixtures do seem to be designed to feature Samsung’s branding front and center. If you want to display them in your house without providing free product placement to The Serif, maybe pick up some spray paint.