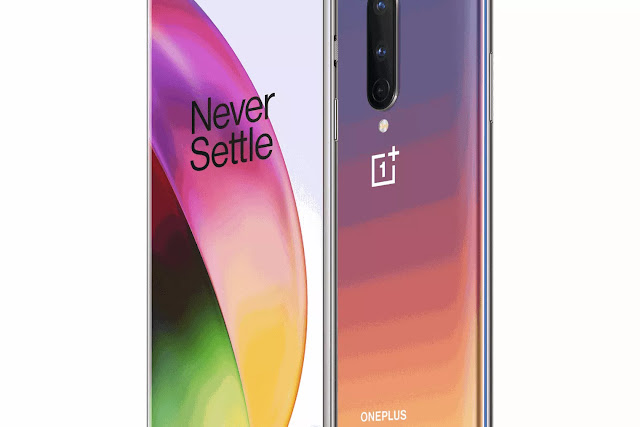 A pair of leaks shows renders for the upcoming OnePlus 8 series that include a slate of new colors, including a purplish-red one called Interstellar Glow. WinFuture and Ishan Agarwal both posted images of the new colors, which also include a Glacial Green and Onyx Black, according to Agarwal.

#OnePlus8 Official Renders have leaked! I know what the marketing name for these colours will be:
-Interstellar Glow
-Glacial Green
-Onyx Black
Looks amazing in my opinion! What do you think?
Source: @rquandt / https://t.co/sd7Pw4nGHg pic.twitter.com/FWMlSuZzii

It’s not clear whether all the new colors will be available for the OnePlus 8 Pro and the OnePlus 8, but a previous leak showed renders with the green hue.

The earlier leaks also had possible specs for the new OnePlus phones: the OnePlus 8 Pro may have a 6.78-inch QHD+ display, a 120Hz refresh rate screen, LPDDR5 RAM, a quadruple-camera setup, an IP68 water and dust resistance rating, a 4,510mAh battery, 30W wireless charging, and 3W reverse wireless charging. The smaller OnePlus 8 may have a 6.55-inch FHD+ display, a 90Hz refresh rate screen, a triple-camera setup, LPDDR4X RAM, a 4,300mAh battery, and no wireless charging or IP rating. Both phones may also have Qualcomm’s Snapdragon 865 5G processor.

One Plus is expected to launch the new phones next month.